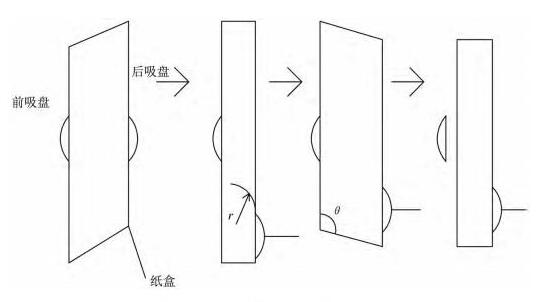 A bracket with a vacuum suction cup sucks the front and back sides of the pill box, and then the bracket of the rear suction cup moves the bracket of the front suction cup with a radius of r (r is the side height of the carton), thereby opening the pill box into a Hexahedron. In order to clearly explain the trajectory of the mechanism, under the premise of omitting the auxiliary mechanism such as the pneumatic control loop, the air valve is used to control the vacuum suction cup to realize the pick and place of the carton.