We use the following methods to solve: 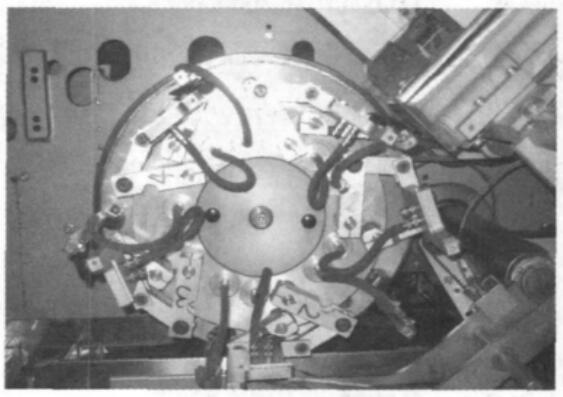 The five-head box-opening device [4] (as shown in Figure 1), which has obtained the national patent, integrates the three disc-shaped cams in the four-head box-opening device into one disc, eliminates the internal gear, and connects the complex cam The rod-slider mechanism is transformed into a simple four-link mechanism, the vacuum reversing valve is changed from sliding friction to rolling friction, and the transmission form is changed from a chain to a synchronous belt, so 5 boxes can be opened every 1 rotation, and the structure is simple. It is easy to adjust and maintain, the service life of the vacuum reversing valve is long, the box opening speed of the whole machine is high, and the stability is strong [5]. At the same time, a double-sided single suction cup is used for opening the box, and an integral pad is used to ensure that the carton slides down to a fixed position and waits when being sucked down.